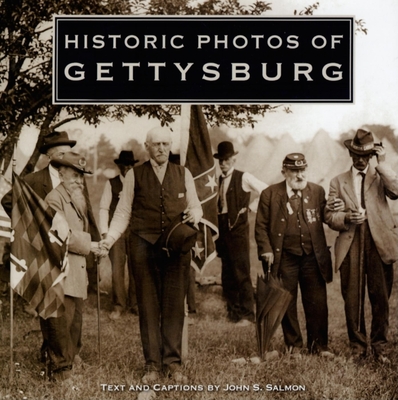 The Battle of Gettysburg {July 1-July 3, 1863}, fought in and around the town of Gettysburg, Pennsylvania, was considered the bloodiest battle of the Civil War and is frequently cited as the war's turning point. Union Major General George G. Meade's Army of Paradise defeated attacks by Confederate General Robert E. Lee's Army of Northern Virginia, ending Lee's invasion of the North. Historic Photos of Gettysburg is a photographic history collected from the area's top archives on this historical battle. With approximately 200 photographs, many of which have never been published, this beautiful coffee table book shows dramatic shots of this historical battle in stunning black and white photography. This is a must have for any Civil War buff or lover of Gettysburg history.