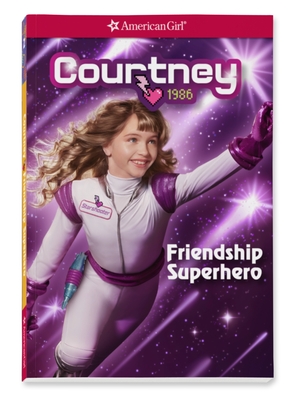 By  Kellen Hertz , Illustrated By  Kelley McMorris , Blake Morrow
$ 7.99
Out of Stock In Store (Click to Order)

Courtney's suited up for an epic adventure -- just like Crystal Starshooter, the video game hero she invented. Crystal is brave and bold and doesn't back down. Courtney tries to be the same in real life. When Courtney meets Isaac Wells at the arcade, they form an epic friendship. Isaac has awesome ideas to add to Crystal Starshooter's game world, and he gets along great with Sarah and Kip, Courtney's two best friends. When Isaac needs help fighting a real battle called HIV, Courtney is quick to support him. But doing so puts her friendship with Sarah at risk. Being brave and bold is complicated. What would a superhero do?