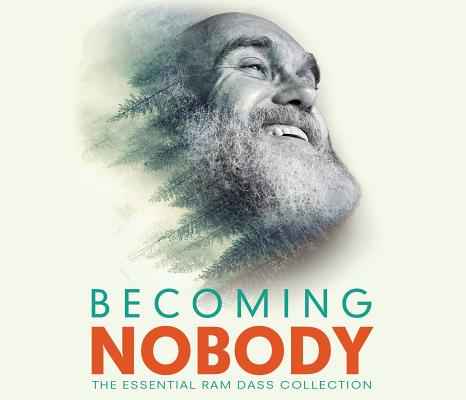 As featured in the Ram Dass documentary film Becoming Nobody, five essential live teaching sessions on audio, presented here in their entirety

If you’re a spiritual explorer of any age or tradition, chances are you’ve heard of Ram Dass. This singular luminary began his “somebody training” as Richard Alpert—the 1960’s Harvard-psychologist-turned-hippie who tripped with Timothy Leary, befriended beat poets and Tibetan lamas, found his lifelong guru in India, and wrote the perennial classic Be Here Now.

That’s the “somebody” part of his story. But for those who’ve experienced Ram Dass live as he shares his insights and personal journey on the way to becoming nobody—he has been for many the spark that ignited them to the liberating truth of who we really are.

This audio collection brings us five essential sessions, featured in the Ram Dass documentary film Becoming Nobody, presented here in their entirety. Each beautifully illuminates a core dimension of Ram Dass’s wisdom. Through teaching stories, true accounts, eye-opening revelations, and his one-of-a-kind sense of humor, this legendary teacher helps show us the way out of the prison of our self-identity—and into the joy of being at once “nobody” and the universal divine at play in the world.

Ram Dass (1931–2019) first went to India in 1967. He was still Dr. Richard Alpert, an already eminent Harvard psychologist and psychedelic pioneer with Dr. Timothy Leary. He continued his psychedelic research until his journey to the East in 1967, driving overland to India, where he met his guru, Neem Karoli Baba, affectionately known as Maharaj-ji. Maharaj-ji gave him the name, Ram Dass, which means "servant of God." Everything changed then—his intense dharmic life started, and he became a pivotal influence on a culture that has reverberated with the words “be here now” ever since.


Be Here Now, Ram Dass's monumentally influential and seminal book, still stands as the highly readable centerpiece of the Western articulation of Eastern philosophy and practicing to live joyously in the present moment, be it luminous or mundane. From a backpackers’ bible in the 1970s, Be Here Now continues to be the instruction manual of choice for generations of spiritual seekers. Fifty years later, it's still part of the timeless present. Being here now is still being here now. Ram Dass's work continues to be a path of teaching and inspiration to so many. His loving spirit has been a guiding light for three generations, carrying millions along on the journey, helping free them from their bonds as he has worked through his own. For more about Ram Dass’s teachings, visit ramdass.org.