Where Have You Gone Without Me? 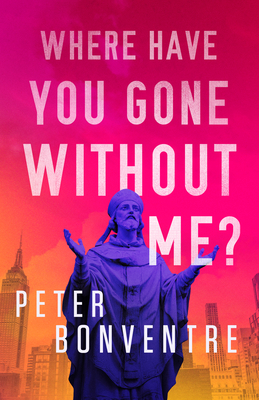 Where Have You Gone Without Me?

By  Peter Bonventre
Hardcover
$ 29.99
Out of Stock In Store (Available to Order)

Where Have You Gone Without Me? is a wildly entertaining romp across the gritty sidewalks of New York with a streetwise newspaperman. Bonventre is a compelling storyteller. Once I started reading, I couldn't stop. It's one hell of a yarn -Howard Blum, New York Times bestselling author of The Last Goodnight and Dark Invasion

Let's see: There's a religious miracle (maybe) and a headline-grabbing murder (definitely), a psycho gangster with a bizarre dream and a long-lost love who suddenly makes the scene. And that's not all. Where Have You Gone Without Me? is a Must Read--so what're you waiting for? -Maxine Paetro, co-author with James Patterson of No. 1 New York Times Best Sellers

In the heart of New York City, newspaper columnist Eddie Sabella stumbles into the biggest story of his life when a statue is stolen from a church. Not just any statue, but one that was reported to have miraculously wept real tears only the day before--an event that made headlines. As Eddie pursues the story behind the theft, he begins unravelling a mystery that leads him to cross paths with a cast of unusual suspects: a respected restauranteur with a secret past, a cantankerous priest with expensive tastes, a legendary hitman, and a still-volatile Mafia soldier hungry for revenge.

As Eddie rushes to track down the mastermind behind the statue's theft, his investigation takes him deeper than he could have ever imagined into murders, mobsters, and head-spinning crimes. But nothing could have prepared him for Phyllis--Eddie's first love who disappeared without a trace fifteen years before--an enigma in her own right who makes a startling return and upends his personal life. A mystery with non-stop twists and suspense, Where Have You Gone Without Me? is a story of lovers and losers, revenge, and second chances.