Retirement Watch: The Essential Guide to Retiring in the 2020s 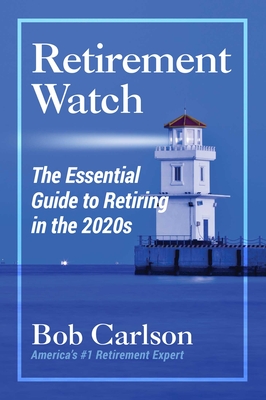 Retirement Watch: The Essential Guide to Retiring in the 2020s

America’s #1 retirement adviser offers tried and true investment strategies for before and after retirement. Sound guidance from the creator of RetirementWatch.com and the author of Where’s My Money?: Secrets to Getting the Most Out of Your Social Security.

The 2020s are likely to be among the worst times to be nearing retirement or in the early years of retirement. The book first explains the forces that are coming together to make it more difficult to create and maintain financial security and independence in retirement.
The middle of the Baby Boomer generation will increase the pressure on every aspect of retirement. The early boomers began reaching 65 in 2011. Since then about 10,000 Boomers per day have been hitting 65. But the middle section of the Boomers is larger than the early Boomers. Beginning in 2024, an estimated 12,000 Baby Boomers will turn 65 each day.

Already the foundations of retirement, Social Security and Medicare, are under stress. The rapid increase in the number of Boomers enrolling in these systems will increase the strain.

In addition, the high returns in stocks and other investments since 2009 (and especially since 2017) make it likely that investment returns will be below their long-term averages during most of the 2020s. Further, interest rates on traditional retirement income investments, such as certificates of deposit, short-term government bonds, and money market funds, are the lowest they’ve been in U.S. history and are likely to remain below their historic averages.

In addition, taxes imposed by all levels of government are likely to increase during the 2020s. A longstanding myth is that a person’s tax burden will decline in retirement. That hasn’t been true for some time, and in the 2020s retirees are likely to face a range of tax increases.

For a long time, many retirees left a lot of money on the table by making less-than-optimum decisions about Social Security, Medicare, IRAs, 401(k) rollovers, long-term care, and other key retirement issues. For example, a recent study done for United Income concluded that only four percent of Social Security beneficiaries made the optimum decision about when to claim retirement benefits.