The Wicked Remain (The Grimrose Girls) 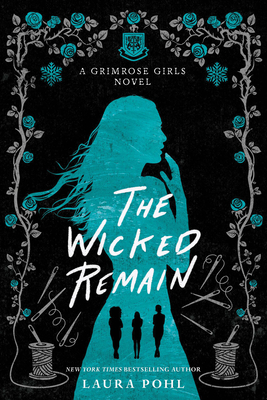 The Wicked Remain (The Grimrose Girls)

At Grimrose Académie, the fairy-tale deaths continue. And unless the curse is broken, one of the girls could be next.

Nani, Yuki, Ella, and Rory have discovered the truth about the curse that's left a trail of dead bodies at Grimrose. But the four still know nothing of its origins, or how to stop the cycle of doomed fates.

And each girl harbors her own secret. One is learning why she was brought to the school. One struggles to keep her new and deadly power under control. One knows exactly how much time she has left.

And one, trying to escape her dark destiny, will come even closer to fulfilling it.

Can the girls change their own stories and break the curse? Or must one of them die to end it forever?

Perfect for fans of:

Media Buzz for The Grimrose Girls:

"Sink your teeth into this story and let it carry you through the woods." ?Roseanne A. Brown, New York Times bestselling author of A Song of Wraiths and Ruin

Laura Pohl is a Brazilian writer who lives in São Paulo. She likes writing messages in caps lock, quoting Hamilton, and obsessing about Star Wars. When not taking pictures of her dog, she can be found discussing alien conspiracy theories. She is the author of The Grimrose Girls and The Last 8 duology. Visit her online at onlybylaura.com.