Best of The Daly News: Selected Essays from the Leading Blog in Steady State Economics, 2010-2018 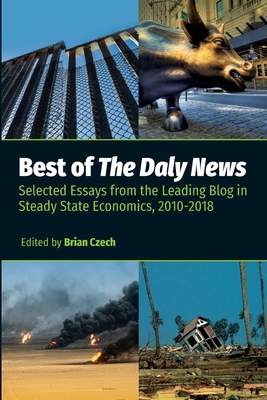 Best of The Daly News: Selected Essays from the Leading Blog in Steady State Economics, 2010-2018

Named for Herman Daly, the champion of steady-state economics, The Daly News was published online by the Center for the Advancement of the Steady State Economy (CASSE) for nearly a decade starting in 2010. With Daly, Brian Czech, and Brent Blackwelder as leading contributors, The Daly News served as the go-to source for news and opinion on limits to growth, degrowth, and the steady state economy.

The Daly News authors came at their topics from philosophical, ecological, economic, historical, political, and even theological angles. They used every tenor from sober policy prescriptions to political opining to hyperbolic parody. They covered the terrain of political economy from local to global. Of the 304 articles to grace the pages of The Daly News, thirty-three of the best are brought back to life in this book.

Best of The Daly News will give readers a good idea of the scope of steady-state economics and "steady statesmanship." This highly accessible book of essays handles huge topics with clarity and concision. Anyone concerned with limits to growth, ecological economics, environmental sustainability, national security, and international politics will find something interesting in Best of The Daly News.