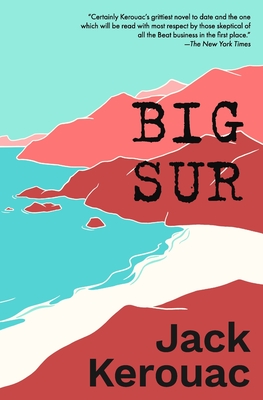 By  Jack Kerouac
Paperback
$ 12.00
Out of Stock In Store (Available to Order)

Five years after On the Road, the book that made him an overnight celebrity, Kerouac examines with wrenching clarity his unwished for fame, escalating alcoholism, and troubling alienation from nature. In a thinly veiled autobiographical account of his time in Big Sur at the cabin of Lawrence Ferlinghetti and with friends in San Francisco--among them fellow iconoclasts Neal Cassady, Gary Snyder, and Alan Watts--he chronicles a ruinous alcoholic bender with searing psychological candor. Kerouac displays full mastery of pace, structure, and idiom in Big Sur--a tale that ends with a crescendo as finely wrought and poignant as any in American literature. Includes a character key and a detailed biographical timeline.

JACK KEROUAC (1922-1969) was an American novelist, poet, and, with Allen Ginsberg and William S. Burroughs, a central figure of the Beat Generation. He was born in Lowell, Massachusetts, of French-Canadian parents and briefly attended Columbia University before falling in with a group of friends that would eventually define a literary movement. Big Sur is considered by many critics to be his finest literary achievement.