Traveling the World with Hemingway: The great writer made places from Paris to Havana as indelible as his characters 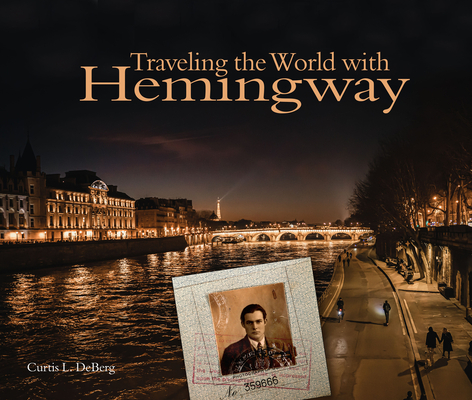 Traveling the World with Hemingway: The great writer made places from Paris to Havana as indelible as his characters

This lavish over-size 10 x 12 book in beautiful landscape format brings to life the more than one dozen colorful places the great 20th century novelist Ernest Hemingway called home—for short periods or for years. Hemingway won the 1953 Pulitzer Prize for Fiction and in 1954 was awarded the Nobel Prize for Literature. Hundreds of spectacular new digital images capture the odyssey of the adventurous author's remarkable life. Starting at his birthplace home in Oak Park, Illinois, you'll follow his footsteps north to his boyhood summer home on Lake Superior in northern Michigan. Then onto the Italian front during World War I and Milan; Paris and Pamplona; Key West to Sun Valley, Africa to Havana. Hemingway made all these places and more as vivid and indelible as his fictional characters. Juxtaposed against page after page of lush landscapes and cityscapes are historic sepia portraits of the author, friends and family in all these far-flung locations. This is a book filled with the romance and inspiration of a great writer's favorite places—the perfect gift for the literate traveler.

Professor Curt DeBerg is retired from the California State University System. He is an avid fan of the life and writings of Ernest Hemingway and spent the last two years visiting all the important places that influenced the arc of his life and his art. DeBerg is an active member of the distinguished Ernest Hemingway Society. He also is a group administrator for the Facebook page Ernest Hemingway.