The Silent Agreement: An Illusion of Inclusion in Black Corporate America 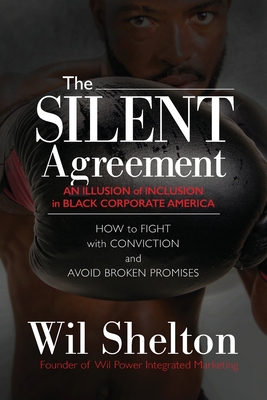 The Silent Agreement: An Illusion of Inclusion in Black Corporate America

"Like the sport of boxing, corporate America is rigged, and those who fall victim to its corruption have a difficult time proving they were victims of double-dealing because it happens behind closed doors."

From legacy corporations to Silicon Valley startups, a large majority of American companies - and the advertising agencies that represent them--still staff their halls and fill their C-suites with one type of person: Caucasian American men. It has resulted in a "white echo chamber" of voices that are often out of touch with the demographics of American consumers who demand more than empty statements of solidarity.

In his book, THE SILENT AGREEMENT, Wil Shelton provides insight into the subtle and not-so-subtle, below-the-belt tactics white corporate leaders use to knock out African American executives. He empowers Black executives and their allies to go toe-to-toe with white corporate America by explaining how boxing techniques can prepare them for the fight of their lives.