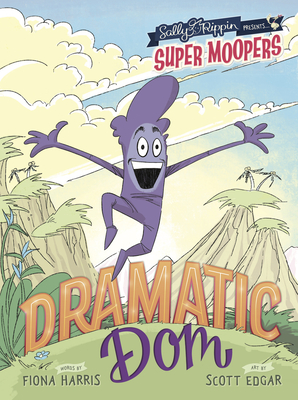 Dom is very dramatic. He always loves to be the centre of attention. As he rehearses for his first ever play he is so excited to show the whole of Moopertown his skills! But some Moopers find Dom's over-the-top ways a bit annoying. Poor Dom. Will his perf

Fiona Harris is one of Australia’s top female performers and writers. She is the author of two books in the Forever Clover series and has written numerous shows for the Melbourne International Comedy Festival over the past fifteen years. Scott Edgar studied Graphic Design and Theatre Production before embarking on a career as a composer, writer, comedian and actor, primarily in the comedy band Tripod. This is Scott’s first book.