I Know You Rider 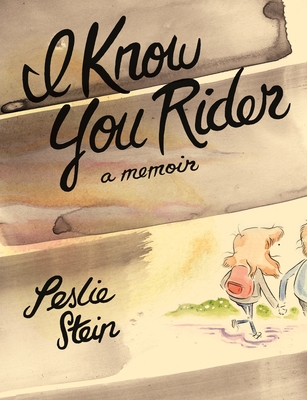 I Know You Rider

I Know You Rider is Leslie Stein’s rumination on the many complex questions surrounding the decision to reproduce. Opening in an abortion clinic, the book accompanies Stein through a year of her life, steeped in emotions she was not quite expecting while also looking far beyond her own experiences. She visits with a childhood friend who’s just had twins and is trying to raise them as environmentally as possible, chats with another who’s had a vasectomy to spare his wife a lifetime of birth control, and spends Christmas with her own mother, who aches for a grandchild.

Through these melodically rendered conversations with loved ones and strangers, Stein weaves one continuing conversation with herself. She presents a sometimes sweet, sometimes funny, and always powerfully empathetic account, asking what makes a life meaningful and where we find joy, amid other questions—most of which have no solid answers, much like real life.

Instead of focusing on trauma, I Know You Rider is a story about unpredictability, change, and adaptability, adding a much-needed new perspective to a topic often avoided or discussed through a black-and-white lens. People are ever changing, contradicting themselves, and having to deal with unforeseen circumstances: Stein holds this human condition with grace and humor, as she embraces the cosmic choreography and keeps walking, open to what life blows her way.

Leslie Stein is the cartoonist of the LA Times Book Prize Award winning Present, as well as Bright-Eyed at Midnight and the Eye of the Majestic Creature series. Her diary comics have been featured on The New Yorker, Vice, and in the Best American Comics anthology. She lives in Brooklyn, New York.