Oscar Peterson: The Man and His Jazz 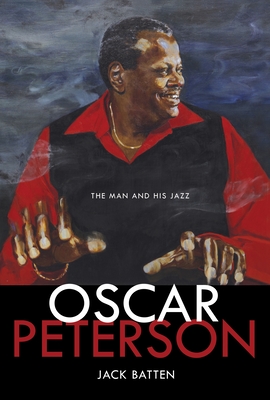 Oscar Peterson: The Man and His Jazz

Called the "Maharaja of the keyboard" by Duke Ellington, Oscar Peterson released over 200 recordings, won seven Grammy Awards, received the Order of Canada and is considered to have been one of the greatest jazz pianists of all time. This new biography from award-winning author Jack Batten, promises to tell Oscar Peterson's story in acomplete, compelling and sympathetic way. This is first biography of Oscar Peterson for young people.

This book is the story of a black kid from a Montreal ghetto who reached accliam in the great music halls of the world.

JACK BATTEN was a lawyer who has become a well-known author, journalist, radio personality, and reviewer. He has written over forty books, including biographies, crime novels, and books about sports. His non-fiction titles for young readers include The Man Who Ran Faster Than Everyone: The Story of Tom Longboat, winner of the prestigious Norma Fleck Award, the critically acclaimed Silent in an Evil Time: The Brave War of Edith Cavell, and the heartbreaking The War to End All Wars: The Story of World War I. Jack Batten lives in Toronto.