On Killing a Revolution (Field Notes) 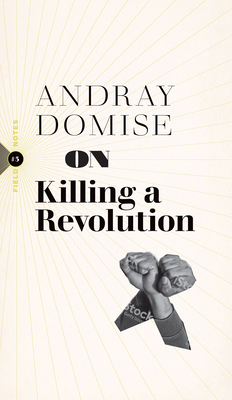 On Killing a Revolution (Field Notes)

Blackout Tuesday was the pivotal moment, Andray Domise argues, when street-level protests were uploaded to corporate boardrooms and the grassroots protest movement begun after the murder of George Floyd turned from rebellion against white supremacist state violence to a corporatized love-in--what Malcom X dubbed "the circus." In On Killing a Revolution, Domise analyzes the co-opting by liberal interests of Black liberation movements ranging from Haiti to Burkina Faso to Canada and the United States and argues for a new kind of revolution based on Black self-determination instead of assimilation into bourgeois white liberal politics.

Andray Domise is a writer, community activist, and co-founder of TXDL, an educational program which teaches tech skills to diverse youth. Among other publications, his columns have appeared in National Post, the Globe and Mail, Toronto Sun, Toronto Life, TVO, Vice, and Hazlitt. As a critical observer of the way race is lived in Canada, Andray has spoken on panels for TVO's The Agenda, CTV News, and CP24 among others. He is a board member for the Canadian Journalists for Free Expression, as well as a vocal member of the Ontario Black History Society, the Black Business Professionals Association, and the Canadian Association of Urban Financial Professionals.