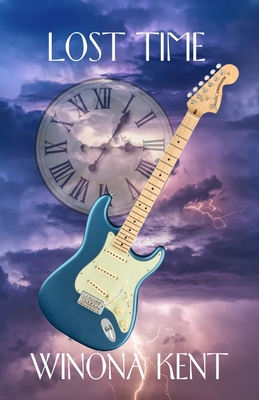 In 1974, top UK band Figgis Green was riding high in the charts with their blend of traditional Celtic ballads mixed with catchy, folky pop. One of their biggest fans was sixteen-year old Pippa Gladstone, who mysteriously vanished while she was on holiday with her parents in Spain in March that same year.

Now it's 2018, and founding member Mandy Green has reunited the Figs for their last-ever Lost Time Tour. Her partner, Tony Figgis, passed away in 1995, so his place has been taken by their son, professional jazz guitarist (and amateur sleuth) Jason Davey.

As the band meets in a small village on the south coast of England for pre-tour rehearsals, Jason's approached by Duncan Stopher, a diehard Figs fan, who brings him a photo of the band performing at the Wiltshire Folk Festival. Standing in the foreground is Pippa Gladstone. The only problem is the Wiltshire Folk Festival was held in August 1974, five months after Pippa disappeared. Duncan offers Jason a substantial sum of money to try and find out what really happened to the young woman, whose mother had her declared officially dead in 1981.

When Duncan is murdered, it becomes increasingly clear to Jason that his investigation into Pippa's disappearance is not welcome, especially after he follows a series of clues which lead him straight back to the girl's immediate family.

But nothing can prepare Jason for the truth about Pippa, which he discovers just as Figgis Green is about to take to the stage on opening night-with or without him.