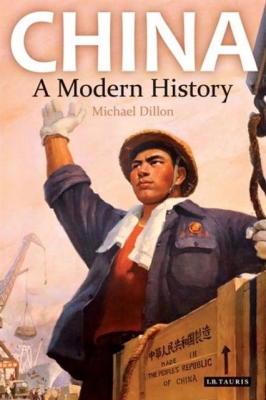 China's transformation in the last few decades has been perhaps the most remarkable - and most controversial - development in modern history. Barely a century removed from the struggling and out-dated Qing Empire, China has managed to reinvent itself on an unprecedented scale: from Empire, to Communist state, to hybrid capitalist superpower. Yet the full implications of China's rapid march to modernity are not widely understood - particularly, the effects of China's meteoric rise on the nation's many ethnic minorities. China: A Modern History is the definitive guide to this complex contemporary phenomenon. Deng Xiaoping's 1980s policy of "reform and opening," which saw China enter the world market, is only the most recent in a series of dramatic shifts that have transformed Chinese society over the past 150 years. China: A Modern History explores these contrasts in detail, while also highlighting the enduring values which have informed Chinese identity for millennia. Michael Dillon's China: A Modern History is essential reading for those interested in the past, present and future course of one of the world's great nations. Clearly and compellingly written, this will stand as the best introduction to this spectacular and still-unfinished story.