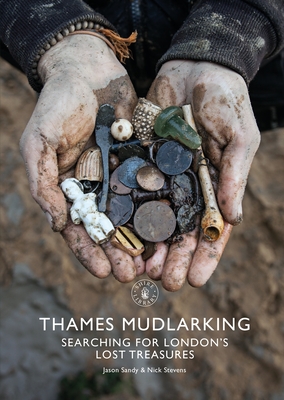 How archaeologists and mudlarks have uncovered the history of London through objects dug up from the mud of the River Thames.

You won't believe what you can find in the Thames – exposed for only a few hours at low tide, its foreshore is a mysterious place, where time has stopped and objects lost centuries ago lie waiting to be discovered and to reveal their long-lost stories. We are not able to travel back in time, but by finding an artefact, untouched since it was lost hundreds or even thousands of years ago, it is possible to develop a deep, tangible connection to our past, to the city and to the personal lives of our ancestors. Revealing secrets buried in the Thames for millennia, this book explores the significance and importance of their discovery. Through the extraordinary artefacts recovered from the river, often by mudlarks, the story of London is told from a unique perspective, unlocking the secrets of the River Thames.

Originally from the United States, Jason Sandy is an architect and developer who moved to London in 2007. He discovered mudlarking in 2012 and has contributed to many articles and books on mudlarking, as well as lecturing, appearing on national television, and having an active presence on social media.

Based in London, Nick Stevens is a professional photographer and a member of the exclusive Society of Thames Mudlarks. He appeared in all three seasons of History Channel's Mud Men and co-founded the Thames Museum Trust, which aims to establish a museum around mudlarking finds.