The Art of Roy Cross 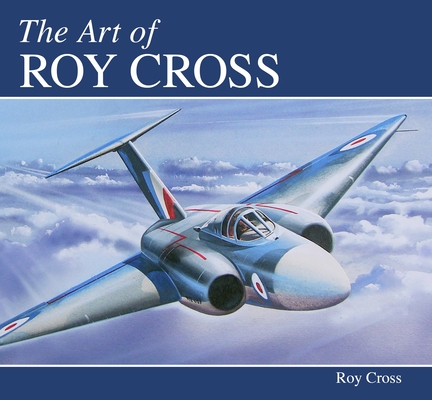 The Art of Roy Cross

Roy Cross RSMA GAvA began work as an illustrator in Fairey Aviation during World War II.  Over the next thirty years, he progressed from line illustration, via colour artwork, to top-class advertising art for the aircraft industry and other companies, including Airfix, for whom he produced many hundreds of artworks to adorn model kit boxes over a ten-year period.  His illustrations for Airfix included superb depictions of aircraft, cars, ships, spacecraft, armoured vehicles and dioramas.Though Roy is perhaps most famous for his Airfix box art, his work has encompassed book and magazine illustrations, including highly detailed cutaways and other technical drawings.  In more recent years, Roy has concentrated on the production of his magnificent maritime paintings.

Roy Cross was born in Southwark and began work as an illustrator in Fairey Aviation during World War Two. Over the next thirty years, Roy progressed to top-class advertising art for the aircraft industry and other companies including Airfix. For ten years he supplied artwork for Airfix, with his last painting for the company being the Germany heavy cruiser Prinz Eugen in 1974. In that year Roy set out on his own and he still paints and his glorious paintings can still be found today in art galleries and in private collections.