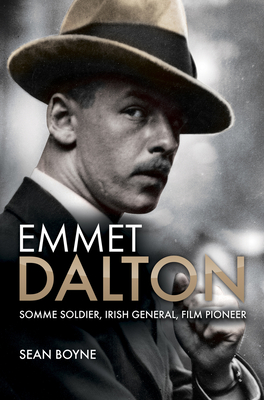 This is the first-ever biography of Emmet Dalton - an American-born Dubliner, Home Ruler, and later Republican - whose extraordinary military career as a British officer, Irish Republican Army (IRA) leader, and General in the Free State army brought him from Flanders to Beal na Blath. A decorated hero of the Battle of the Somme, Dalton returned from World War I with the rank of Captain and transferred his military expertise to the now rampant IRA, serving as Director of Training and greatly impressing Michael Collins with his extraordinary daring and nerve. Soon after befriending Collins and becoming his close confidante, Dalton accompanied Collins to the Treaty talks in London in 1921. In the civil war that followed, Dalton oversaw the bombardment of the Four Courts, personally manning an 18-pounder artillery gun. He then masterminded and led the audacious seaborne landings and successful recapture of Cork City and 'Munster Republic' from Anti-Treaty forces, yet was ultimately traumatized when Collins died in his arms at Beal na Blath. In this expansive biography, author Sean Boyne vividly portrays Emmet Dalton's experiences and the vital role he played in the politics and wars that created the independent Irish state. Dalton was the first Senate Clerk, and he became a pioneer of the Irish film world, founding Ardmore film studios and establishing the Irish film industry. An attractive and high-achieving figure in Irish life, in war and peace, Emmet Dalton's heroism allowed him to live his many lives to the full, and this compelling book does justice to a figure who will captivate all those interested in modern Irish history and the birth of the state. *** "A remarkable life...faithfully recorded and explained in Sean Boyne's fine book...driven by evidence rather than sentiment, nostalgia or hero worship...detailed, moving and gripping." -- Irish Times [Subject: Biography, Irish Studies, Military History]