Men of Substance: The London Livery Companies' Reluctant Part in the Plantation of Ulster 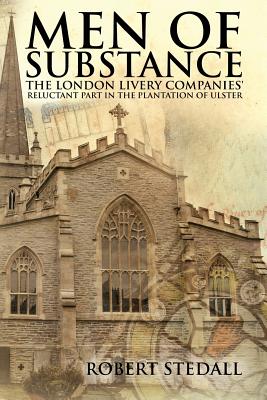 Men of Substance: The London Livery Companies' Reluctant Part in the Plantation of Ulster

Is it realised that Londonderry with its impregnable fortifications was built by the London Livery Companies? Is it known that a second Spanish Armada landed in Kinsale in 1601, with every expectation of gaining Irish rebel support to push the English out of Ireland? Had it succeeded, Ireland would have become a Spanish dominion. English involvement in Ireland was designed to subdue its dogmatically Catholic Gaelic chieftains and to prevent it becoming a bridgehead for foreign invasion of Britain. Attempts to impose English Government and the Anglican religion met with determined resistance from a native population alien in language, custom and creed. The English solution was to expropriate ancestral Gaelic lands and to settle them with waves of English colonists who would 'civilise the natives'. These included Presbyterian arrivals from Scotland who were no more in sympathy with Anglican rites than the Catholic Irish.

Robert Stedall was educated at Marlborough College and McGill University, Montreal.Following his career as a chartered accountant, he has researched genealogy of the Scottish peerage resulting in a two-volume history of Mary Queen of Scots. He was master of the Ironmongers' Livery Company in 1989. He lives near Petworth, West Sussex.