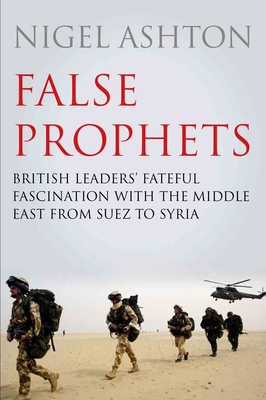 Britain shaped the modern Middle East through the lines that it drew in the sand after the First World War and through the League of Nations mandates over the fledgling states that followed.

Less than forty years later, the Suez crisis dealt a fatal blow to Britain's standing in the Middle East and is often represented as the final throes of British imperialism. However, as this insightful and compelling new book reveals, successive prime ministers have all sought to extend British influence in the Middle East and their actions have often led to a disastrous outcome.

While Anthony Eden and Tony Blair are the two most prominent examples of prime ministers whose reputations have been ruined by their interventions in the region, they were not alone in taking significant risks in deploying British forces to the Middle East. There was an unspoken assumption that Britain could help solve its problems, even if only for the reason that British imperialism had created the problems in the first place.

Nigel Ashton is Professor of International History at the London School of Economics and Political Science, and a specialist in the modern politics of the Middle East. He is the author of King Hussein of Jordan; Kennedy, Macmillan and the Cold War; and Eisenhower, Macmillan and the Problem of Nasser.