Could You Survive Midsomer?: Can you avoid a bizarre death in England's most dangerous county? 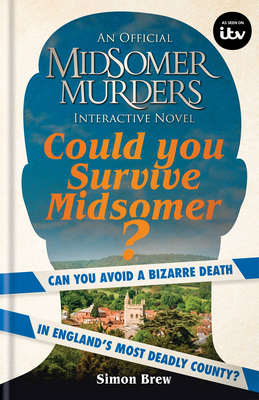 Could You Survive Midsomer?: Can you avoid a bizarre death in England's most dangerous county?

All is not well in the beautiful county of Midsomer. On the eve of its first Villages In Bloom competition, a man lies dead, smelling of damson jam. Who could have done it?

Well, that's where you come in. Step into the shoes of Midsomer CID's newest recruit, choose your own path and decide which way the story goes.

Will you get to the bottom of the mystery? Will you bring the perpetrator to justice? And perhaps most importantly of all, could you avoid an untimely, and possibly bizarre, death... will YOU survive Midsomer? Your task is to make the right choices, solve the case and - most tricky of all - stay alive!... Good luck.

Simon Brew is the former editor and founder of Den of Geek - the popular culture news and reviews website. He is the author of three books including Movie Geek, TV Geek and The Secret Life of the Movies. Simon is also the founder of the magazine and podcast Film Stories. He lives in Birmingham, UK... not far from where Midsomer is filmed.