The Walker: On Finding and Losing Yourself in the Modern City 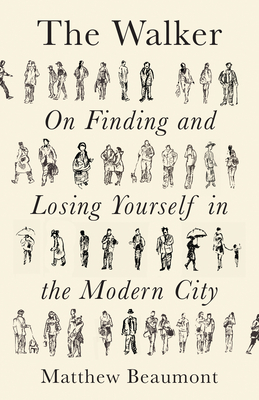 The Walker: On Finding and Losing Yourself in the Modern City

By  Matthew Beaumont
Paperback
$ 19.95
Pre-Order (Not Yet Published)

A literary history of walking From Dickens to Zizek

There is no such thing as the wrong step; every time we walk we are going somewhere. Moving around the modern city becomes more than from getting from A to B, but a way of understanding who and where you are. In a series of riveting intellectual rambles, Matthew Beaumont, retraces a history of the walker.

From Charles Dicken's insomniac night rambles to wandering through the faceless, windswept monuments of the neoliberal city, the act of walking is one of escape, self-discovery, disappearances and potential revolution. Pacing stride for stride alongside such literary amblers and thinkers as Edgar Allen Poe, Andrew Breton, H G Wells, Virginia Woolf, Jean Rhys and Ray Bradbury, Matthew Beaumont explores the relationship between the metropolis and its pedestrian life. He asks can you get lost in a crowd? It is polite to stare at people walking past on the street? What differentiates the city of daylight and the nocturnal metropolis? What connects walking, philosophy and the big toe? Can we save the city - or ourselves - by taking the pavement?

Matthew Beaumont is a professor in the Department of English at University College, London. He is the the co-author, with Terry Eagleton, of The Task of the Critic: Terry Eagleton in Dialogue, and co-editor of Restless Cities. He is the author of the highly acclaimed Nightwalking: A Nocturnal History of London. He lives in London.