I Am Not a Cat!: From Avatars to Zoom Calls, the Pitfalls of Modern Life 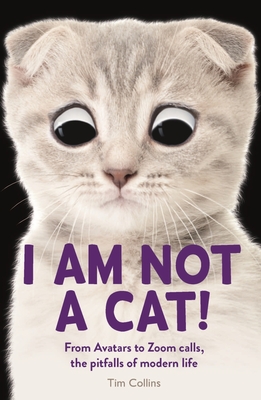 I Am Not a Cat!: From Avatars to Zoom Calls, the Pitfalls of Modern Life

If you’re fed up with technology and sick to death of Zoom calls, this is the laugh-out-loud book for you. We’ve all had to get used to a different way of life in one way or another, whether it’s food deliveries or online banking, technology is taking over—and not always in a good way. But, as this hilarious book shows, there are plenty of examples of tasks—which were once straightforward and now need a degree in computer science—that have wonderfully unintended consequences. From funny Zoom calls such as that endured by the poor Texan lawyer who couldn’t turn off his cat filter, to willful wi-fi that cuts you off in mid-stream and from ‘smart’ TVs that outsmart you every time to excruciating Teams calls that make your colleagues wince and titter, I Am Not a Cat! is a call-to-arms for everyone frustrated with twenty-first century living.

Tim Collins is originally from Manchester, but now lives in London. He is the author of over thirty books including Wimpy Vampire, Cosmic Colin, and Dorkius Maximus. His books have been translated into over thirty languages and he has won awards in the UK and Germany, including the Manchester Fiction City award (2011 Winner) and the Lincolnshire Young People's Book Award (2012 Winner).