Tori Amos: Every Album, Every Song 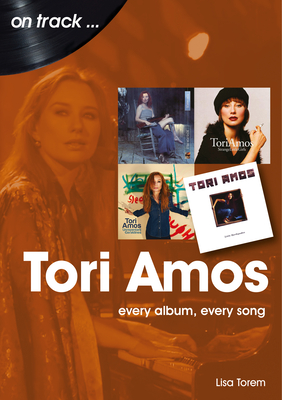 Tori Amos: Every Album, Every Song

In 1992, Singer, pianist and composer Tori Amos achieved fame with the intensely personal solid gold record, Little Earthquakes, the first of fifteen studio albums. Each new recording cut new ground both musically and thematically. Since then, Amos has performed world-wide, both as a soloist and also accompanied, by a rhythm section, an octet or an orchestra. Her projects have ranged from the musical, A Light Princess to the classically-inspired Night of Hunters. Grammy nominations include: Best Alt. Album for Under The Pink, Boys for Pele and From The Choirgirl Hotel and Best Female Rock Vocal Performance for 'Strange Little Girls.' Amos was the first female artist to chart in the Billboard Top ten in Classical, Alternative and Rock genres simultaneously for Night of Hunters. Amos has also published two biographies: Piece by Piece and Resistance, which delve deeply into her songwriting strategies and political perspectives. She has been strongly involved in Native American issues and was the first spokesperson for RAINN, the largest, anti-sexual violence organization in the U.S. This book provides a track-by-track analysis of those essential recorded works, starting from Tori Amos' late 1980s synth-pop beginnings through 2017's illuminating Native Invader.

Lisa Torem is a rock journalist and fiction writer with an M.A. in linguistics. She has interviewed, among others, Ian Anderson, . Colin Blunston, Eric Burdon, Dave Brubeck, Dave Davies, Janis ian, Buffy Sainte-Marie, Sarah McLachlan and Suzanne Vega for British and U.S. publications. She currently writes for Pennyblackmusic. She co-authored Though The Eye of the Tiger with Jim Peterik. Her one-act play, Dog Sharing, was produced in New York. She was invited by and attended the Bread Loaf Conference for fiction. Her childrens' album, Singlish, has received national recognition. Lisa braves the polar vortex alongside her husband, daughters and spoiled fur balls. She lives in Chicago, USA.