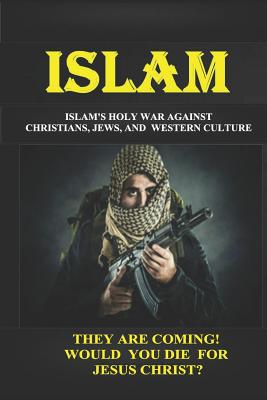 I believe that we are living in one of the most critical times in American history. Some have predicted, "If present trends continue, the USA is on track to become a Muslim nation between 2021 and 2035, perhaps sooner." Consider what the terrorist leaders said about their plans to turn America into an Islamic state. - "Thanks to your democratic laws we will invade you " - "Thanks to your religious laws we will dominate you " - "America will have a Muslim president by the year 2020 " - On August 13, 2015, ISIS boasted that they planned to behead the Statue of Liberty. We believe that Islam is one of the most critical issues in this generation. Yet, most people have no idea what Muslims believe or what their agenda is for Christians, Jews, and our beloved America. This book was written to help our readers be able to give intelligent answers to questions like the following. 1. Who was Muhammad? Was Muhammad Black? 2. Who is Allah? Are Jehovah and Allah merely different names for the same God? 3. What is the Kabba? Where is the Kabba located? Why aren't Christians allowed there? 4. What is a caliphate? What is a caliph? 5. Can you define jihad? Can you explain "stealth" jihad. 6. Did the angel Gabriel really appear to Muhammad? What did Gabriel tell him to do?7. Is Islam a religion of peace? Are we at war with Islam?8. Why won't the media use the words Islam and terrorism in the same sentence?9. Can you explain the Islamic agenda for America, Christians and Jews?10. Why did the FBI purge 700 pages from its training manuals?11. Can you name one government agency that has not been infiltrated by Islamist?12. Why have so many colleges installed basins for Muslim students to wash their feet before praying on college campuses?13. Do you believe a devout Muslim can become good citizen?14. Do you believe America is mentioned in Bible prophecy?15. Do you believe Islam mentioned in prophecy?16. Does America actually have any defense against Islam?17. Do you believe God would actually allow Islamic terrorists to conquer America and destroy our churches?18. Do you believe in the Rapture of the Church and the Great Tribulation?19. Do you believe that Islam could be the world religion of the New World Order?20. Are you ready regardless of what happens?With these questions in mind, let's go back to the beginning and take an honest look at Mohammed, Allah, Islam, and see what the future holds for Christians, Jews, America, and Western culture.