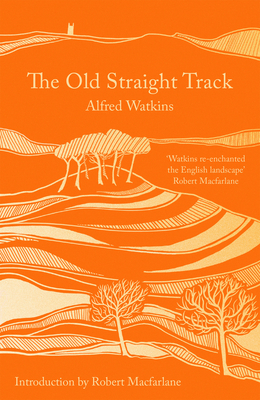 A beautiful new edition of a classic work of landscape history, in which Alfred Watkins introduced the idea of ancient 'ley lines' criss-crossing the English countryside.

Watkins's ideas have intrigued and inspired generations of readers – from historians to hill walkers, and from amateur archaeologists to new-age occultists.

This edition of The Old Straight Track, with a substantial introduction by Robert Macfarlane, will appeal to all who treasure the history, contours and mystery of Britain's ancient landscapes.

Alfred Watkins was an amateur archaeologist, who was born in 1855 in Herefordshire, where he lived his entire life. In 1921, he developed his theory of ley-lines in the landscape. Watkins was a member of the Society for the Protection of Ancient Buildings, an authority on bee-keeping and a Fellow of the Royal Photographic Society. He died in 1935.

Robert Macfarlane is the prize-winning author of The Wild Places (2007) and The Old Roads (2011), Landmarks (2015) and Underland (2019). His writing has been widely adapted for television and radio. He is a Fellow of Emmanuel College, Cambridge.