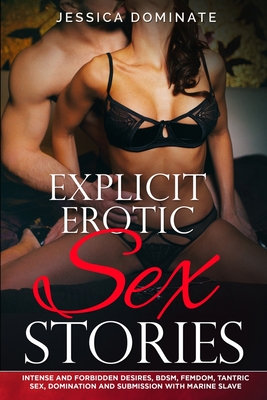 If you are looking to immerse your whole body and mind into the unimaginable extremities of spellbinding sexual experiences and fantasies, you are in luck because that's what this book is all about.

In it, you will read about

Here is a sneak peek of one of the stories...

Casey could only weep in humiliation as the girls crowed with triumph at the sight. The black girl's hands rubbed up and down Casey's tortured buttocks, squeezing and fondling them as she laughed in satisfaction.

She pulled the cock back and humped forward again. Now that she has broken the last resistance of the little blonde's hole, she began to penetrate with smooth regular motions. Her hips moved forward and back easily, sliding the thick fuck tool in and out of the bleeding hole.

The warmth and tingling in Casey's loins increased. She felt a strange yearning, and a rushing flood of sexual heat and passion swarmed over her body, making her skin flush deeper red and staggering her with its intensity. As the thick fuck tool thrusted again, her head throb and sent quivers of gasping delight shooting through her frame.

The girls watched in delight as the thick girl-fucker emerged from the tight little furhole coated with goeey sex juice. Casey cringed in embarrassment, but her humiliation was beginning to vanish as lust engulfed her hapless body.

The gag was suddenly torn from her face and what followed was even more bizarre to the already brutally injured and bloody Casey because, as it would appear, her captors were only getting started

So... what happened next?

But who exactly were her captors?

Was Casey going to make it alive? Or was she going to succumb to the undying pain-pleasure wrapped around the tool of her ruthless captors?

What had led to this sexy, brutal scrimmage?

Tell me, have you ever wondered what a story that combines crazy, pain, bizarreness, hot, sexy, fun, innocence, fantasy, largasm and sophistication- all wrapped up into one long dreamy adventure- would look like?

This is your golden chance

And if you are wondering....

Are the stories unique and do they give a completely new twist to literotica?

Are the stories well thought out such that the storyline does not have 'holes'?

Are there stories that explore different fetishes and forms of sexuality?

And do the stories stretch the limits of what's kink?