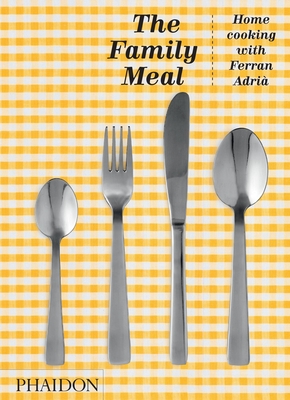 A new edition of the iconic chef's globally bestselling home-cooking book, published on the 10th anniversary of its first release

What does Ferran Adrià eat for dinner — and how did he feed the hard-working staff at his fabled elBulli, the first 'destination restaurant', nestled on the Mediterranean coast north of Barcelona? The Family Meal features a month's worth of three-course menus created for and by Ferran and his team — meals that nourished and energized them for each evening's service. It's the first — and only — book of everyday recipes by the world's most influential chef, now with a brand-new foreword by Ferran himself.

Ferran Adrià joined the staff of elBulli in 1984 and rapidly progressed to become head chef. Famous for his pioneering culinary techniques, he has been applauded — and imitated — around the world, and won three Michelin stars for elBulli, along with many other accolades. Since elBulli's closure in 2011, Ferran lectures internationally and has developed the elBullifoundation, a culinary academy and think tank on the site of the former restaurant.