Keystroke Capitalism: How Banks Create Money for the Few 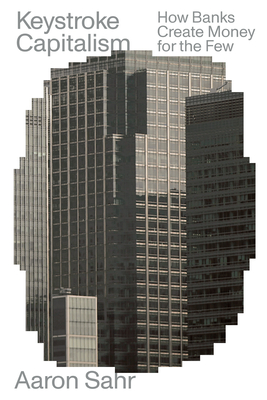 Keystroke Capitalism: How Banks Create Money for the Few

Why society needs to reclaim the power to create money

At the heart of capitalism lies the ability of private banks to create money at the stroke of a key. Why have we ignored this unique privilege for so long – and at what cost? Aaron Sahr attributes the lack of attention paid to money creation to the core of popular theories of capitalism, which equate economic power with capital ownership. This conceptual framework obscures the real drivers of capitalist dynamics as well as the causes of increasing inequality.

By exploring the transformation of banking over the last half century, Sahr shows how the creation of money has driven the rise of finance as well as splitting incomes from wealth. As a result, the real economy of ordinary people has become a debt supplier to a monetary system whose returns accumulate at the top. It is not simply the markets but money itself that transfers wealth from the masses to a minority. Increasing financial inequality can therefore only be remedied by addressing predistribution – the modalities of money creation – as well as the distributive effects of the markets. By mapping this hidden regime of ‘keystroke capitalism’, Sahr makes an essential contribution to our understanding of economic inequality and capitalist dynamics.

Aaron Sahr is a philosopher turned economic sociologist. He is visiting professor at Leuphana University Lüneburg, Germany, and head of the research group “Monetary Sovereignty” at the Hamburg Institute for Social Research. His research interests include the sociology of money, facts and fictions about monetary policy, the history of capitalism, inequality, and social ontology.