One of 'The Few': Describing the Experiences of Ted 'Shippy' Shipman, Who Called His Part in the Battle of Britain 'my Gentle Battle' 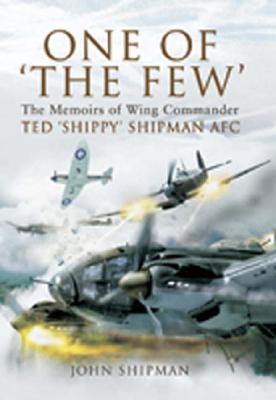 One of 'The Few': Describing the Experiences of Ted 'Shippy' Shipman, Who Called His Part in the Battle of Britain 'my Gentle Battle'

Ted Shippy Shipman was one of The Few who flew with 41 Squadron in the Battle of Britain. He left his father's farm in 1930 and enlisted in the RAF as a driver ACII. He flew for thirteen years of his thirty years service, achieved the highest grade of flying instructor and retired as a Wing Commander. This book is based on the copious notes that Shippy wrote in the 1970s and bring a firsthand insight into the life of an RAF Spitfire pilot during the early war years and then his remaining wartime and postwar service until 1959.

His career as a senior instructor included No 8 Service Flying Training School, Montrose and the Central Flying School at Upavon. He then went on to teach at the Flying Instructors School at Hullavington in 1942 and the Rhodesian Air Training Group between 1943 and 1945. After the war he did tours in Germany and Cyprus. He was Commanding Officer at RAF Sopley, Hampshire and RAF Boulmer in Northumberland until his retirement in 1959. During retirement he actively supported the Air Training Corps, Battle of Britain Fighter Association and the RAF Benevolent Fund.