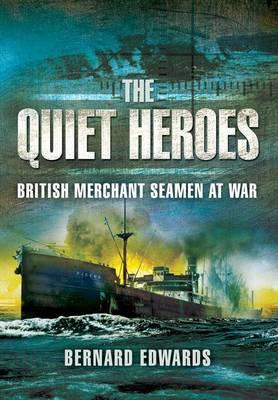 The men of Britain's Merchant Navy, although unarmed civilians going about their lawful business were the first to be involved with the enemy in the Second World War. Less than nine hours after the declaration of war on 3 September 1939, the Donaldson liner Athenia was sunk without warning by a German U-boat off the west coast of Ireland. From that moment onwards, British merchant seamen were constantly in the front line in all quarters of the globe. For almost six years they faced, without flinching, their own private hell of torpedoes, bombs, shells and mines, all the while fending off their old arch-enemy, the sea. Sorely pressed, and often tired near to death, they kept open Britain's tenuous lifelines, bringing millions of tons of raw materials, food, oil, arms and ammunition, without which the country could not have survived. As always, their spirit was indomitable, their professionalism unchallenged. The price they paid for their bravery and dedication was horrendous: 2,246 ships lost, 29,180 men killed, and countless hundreds maimed and wounded. This book tells the story of just a few of these quiet heroes.