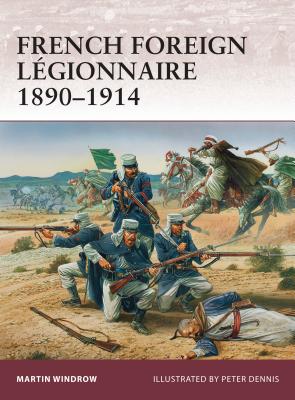 Following the close of the Franco-Prussian War (1870-1871) and the establishment of the Third Republic, France embarked upon a new wave of colonialism, acquiring addition territories in Southeast Asia, including Tonkin and Annam which, together with Cambodia and Cochinchina, formed French Indochina. In North Africa their influence increased, with Tunisia acquired as a protectorate in 1881, until by the turn of the century much of North, West and Central Africa was under their control. France needed and army to police these new territories, and one of then most important elements of their colonial establishment was the French Foreign Legion. Originally founded in 1830, the Legion saw some its finest hours in North Africa and Indochina in the late 19th and early 20th centuries, and it is this period of the legions' history that has been immortalized in popular culture in works such as Beau Geste. Drawing on memoirs and other period sources, this book covers a wide range of environments and types of action and will be a valuable reference to any scholar of the legionnaires.

Peter Dennis was inspired by contemporary magazines such as Look and Learn, leading him to study Illustration at Liverpool Art College. Peter has since contributed to hundreds of books, predominantly on historical subjects, including many Osprey titles. A keen wargamer and modelmaker, he is based in Nottinghamshire, UK.