Bill of Rights: The Origin of Britain’s Democracy 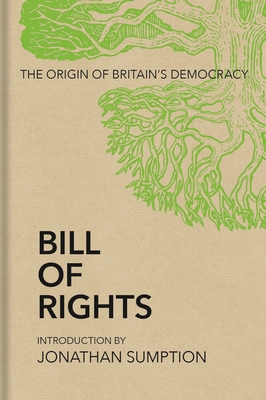 Bill of Rights: The Origin of Britain’s Democracy

Introduction by  Jonathan Sumption
$ 12.00
Pre-Order (Not Yet Published)

This edition of the English Bill of Rights is introduced by historian Jonathan Sumption.

After the UK Government attempted to trigger Article 50 of the Treaty on European Union in 2017, the Supreme Court ruled that the Government was unentitled to leave the EU without the consent of Parliament, directly citing the Bill of Rights in its judgment. Ironically, the Bill of Rights, enacted in 1689 to address abuses by the Crown, was successfully invoked in the twenty-first century to curb perceived abuse by Government, acting in the name of the Crown.

Passed shortly after the Glorious Revolution, the Bill of Rights sets out the balance of power between Parliament and the Crown, prohibiting the sovereign from levying taxes, recruiting troops, or suspending laws without Parliamentary consent. Establishing Parliament as the ultimate source of power in the land and enshrining basic civil rights first set out in Magna Carta but subsequently abridged, the Bill document can justly claim to serve as the origin of Britain’s democracy.

In this edition, an introduction by Jonathan Sumption provides the historical context of the document and its influence over the centuries—particularly on the United States Bill of Rights.