The Individual and the Nature of Mass Events: A Seth Book 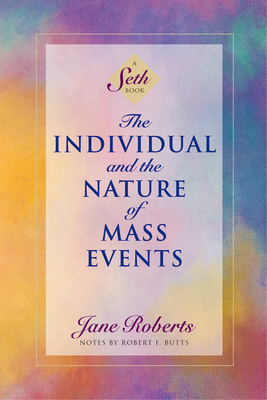 The Individual and the Nature of Mass Events: A Seth Book

From the Bestselling Author of Seth Speaks

Speaking exclusively through Jane Roberts, Seth has repeatedly stressed the concept that we create our own reality according to our individual beliefs. But how do our realities merge and combine to form mass reactions such as the overthrow of governments, the birth of a new religion, wars, epidemics, earthquakes, and new periods of art, architecture, and technology?

In this pioneering work, Seth explores the connection between personal beliefs and world events. He pinpoints the unconscious — and often negative — beliefs pervading science and religion, medicine and mythology, and offers thought-provoking reflections on Darwinism, Freudianism, religions, cults, and medical beliefs.

With fascinating and inspiring implications, Seth asserts that the personal impulses we are often taught to see as dangerous, chaotic, or contradictory, are instead crucial to the best interests of the species and the natural world, for they lead us to live “not only as loving caretakers but as partners with other species.”

“Only people who trust their spontaneous impulses can be consciously wise enough to choose from a myriad of probable futures the most promising events….”  — Jane Roberts, Speaking for Seth

Jane Roberts (May 8, 1929 – Sept 5, 1984) grew up in Saratoga Springs, New York where she attended Skidmore College. She was a prolific writer in a variety of genres including poetry, short stories, children’s literature and fiction when in 1963, she began to receive messages from a non-physical energy personality who called himself “Seth.” Her husband, Robert F. Butts, an artist and writer, recorded the messages and together they dedicated their lives to the publication of Seth’s teachings.

Today, the “Seth Books” are world-renowned for comprising one of the most profound bodies of work ever written on the true nature of reality. They have become classics in the fields of psychology and personal growth, and stand out as one of the major forces that led to the New Age philosophical movement in the 1970s.