Genesis Revisited: Is Modern Science Catching Up With Ancient Knowledge? 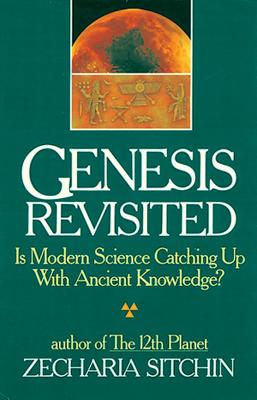 Genesis Revisited: Is Modern Science Catching Up With Ancient Knowledge?

By  Zecharia Sitchin
Hardcover
$ 24.00
Out of Stock In Store (Available to Order)

• Was Adam the first test-tube baby?

• How were the ancients able to accurately describe details about our solar system that are only now being revealed by deep space probes?

The awesome answers are all here, in this important companion volume to The Earth Chronicles series. Having presented evidence of an additional planet as well as voluminous information about the other planets in our solar system, Zecharia Sitchin now shows how the discoveries of modern astrophysics, astronomy, and genetics exactly parallel what has already been revealed in ancient texts regarding the "mysteries" of alchemy and the creation of life. Genesis Revisited is a mind-boggling revelation sure to overturn current theories about the origins of humankind and the solar system.

Zecharia Sitchin (1920-2010), an eminent Orientalist and biblical scholar, was born in Russia and grew up in Palestine, where he acquired a profound knowledge of modern and ancient Hebrew, other Semitic and European languages, the Old Testament, and the history and archaeology of the Near East. A graduate of the University of London with a degree in economic history, he worked as a journalist and editor in Israel for many years prior to undertaking his life’s work--The Earth Chronicles.

One of the few scholars able to read the clay tablets and interpret ancient Sumerian and Akkadian, Sitchin based The Earth Chronicles series on the texts and pictorial evidence recorded by the ancient civilizations of the Near East. His books have been widely translated, reprinted in paperback editions, converted to Braille for the blind, and featured on radio and television programs.