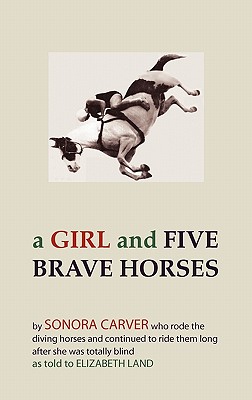 2011 Reprint edition of 1961. Full facsimile of the original edition, not reproduced with Optical Recognition Software. Sonora Carver was an American entertainer, most notable as one of the first female horse divers. Carver answered an ad placed by "Doc" William Frank Carver in 1923 for a diving girl and soon earned a place in circus history. Her job was to mount a running horse as it reached the top of a forty-foot (sometimes sixty-foot) tower and sail down along the animal's back as it plunged into a deep pool of water directly below. Sonora was a sensation and soon became the lead diving girl for Doc Carver's act as they traveled the country. In 1931, Sonora was blinded, a retinal detachment, due to hitting the water off-balance with her eyes open.while diving her horse, Red Lips, on New Jersey's Steel Pier, the act's permanent home since 1929. After her accident Sonora continued to dive horses until 1942.