Bret Easton Ellis and the Other Dogs 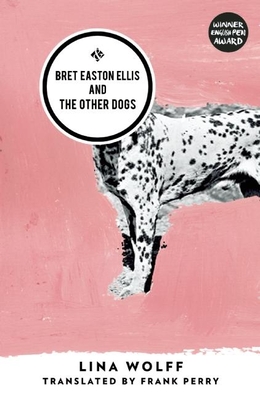 Bret Easton Ellis and the Other Dogs

At a run-down brothel in Caudal, Spain, the prostitutes are collecting stray dogs. Each is named after a famous male writer: Dante, Chaucer, Bret Easton Ellis. When a john is cruel, the dogs are fed rotten meat. To the east, in Barcelona, an unflappable teenage girl is endeavouring to trace the peculiarities of her life back to one woman: Alba Cambo, writer of violent short stories, who left Caudal as a girl and never went back.

Mordantly funny, dryly sensual, written with a staggering lightness of touch, the debut novel in English by Swedish sensation Lina Wolff is a black and Bolano-esque take on the limitations of love in a dog-eat-dog world.

Lina Wolff is a former student of languages, literature, and commerce, who has lived and worked in Italy and Spain. During her years in Valencia and Madrid, she began to write her short story collection Many People Die Like You. Her novel, Bret Easton Ellis and the Other Dogs, was awarded the prestigious Vi magazine literature prize, given to writers to watch out for, and shortlisted for the 2013 Swedish Radio award for Best Novel of the Year. She now lives in southern Sweden. Frank Perry has translated many of Sweden's leading contemporary writers, poets, and playwrights, including Stig Larsson, Henning Mankell, and Katarina Frostenson. His work has won the Swedish Academy prize for the introduction of Swedish culture abroad and the drama translation prize of the Writer's Guild of Sweden. Recent translations include Lasse Berg's Dawn over the Kalahari and Hans Hayden's seminal work in the philosophy of art history, Modernism as an Institution, which won the STINT prize of the National Bank of Sweden.