Echoes of a Lost Voice: Encounters with Primo Levi 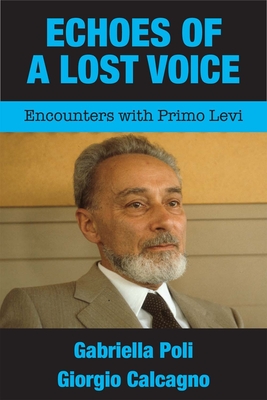 Echoes of a Lost Voice: Encounters with Primo Levi

Primo Levi—chemist, Italian, Jew, survivor of Auschwitz—was one of the greatest writers of the twentieth century. His masterpiece, If This Is a Man, is still one of the most widely read books on the Holocaust today. Echoes of a Lost Voice is the fruit of twelve years of close friendship between the journalist Gabriella Poli and Primo Levi. Gabriella composed the book from all the interviews and conversations recorded with him throughout his career, as well as her own private conversations with him held over several years prior to his death in 1987. She published Echi di una voce perduta only five years later, making it one of the earliest accounts of the writer and his work. In the 30 years since then there have been several biographies and thousands of books and articles about Levi. This one is unique, partly in its privileged access to him, and partly because of its unusual form: by using Levi's own words about himself almost exclusively, this book becomes a kind of ghosted autobiography. Echoes of a Lost Voice has been translated into English for the first time to mark the 30th anniversary of Levi's death. Translated by Nat Paterson. [Subject: Biography, Holocaust Studies, Italian Studies, Literary Studies]