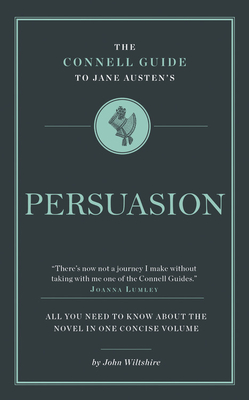 Persuasion is now probably the favourite Austen book after Pride and Prejudice. It tells the story of a life that might have been wasted, but is redeemed by love. It is a story by anyone who believes in second chances. While Pride and Prejudice was written when Austen was a young, marriageable woman, Persuasion was written when she was in her forties, and it features a heroine who, at twenty-seven, could in those days be destined, like Austen herself, to life as a spinster. As John Wiltshire, one of the best modern critics of Austen shows in this guide, the atmosphere of the two books is quite different, like the social world they depict. Persuasion is a love story for adults.