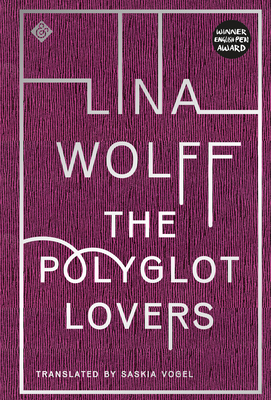 'Do you have to stare like that?' I asked. 'Think about the actors in porn. They've got no problem showing themselves off.' 'Think about when I broke your nose, 'I replied. Ellinor is thirty-six. She wears soft black sweatpants and a Michelin Man jacket. She fights. She tries her hand at online dating, only to find herself stranded by a snowstorm in Stockholm and at the heart of a literary intrigue. Cut to Max Lamas, author, who dreams of a polyglot lover, a woman who will understand him - in every tongue. His search takes him to Italy, where he befriends a marchesa on the brink of ruin, and where her granddaughter, Lucrezia, brings this tale to its final, shocking conclusion.

Lina Wolff has lived and worked in Italy and Spain. During her years in Valencia and Madrid, she began to write her short story collection Many People Die Like You (forthcoming in English translation from And Other Stories in 2020). Bret Easton Ellis and the Other Dogs, her first novel, was awarded the Oxford-Weidenfeld Translation Prize, and Sweden's Vi Magazine Literature Prize, and shortlisted for the prestigious 2013 Swedish Radio Award for Best Novel of the Year. She now lives in southern Sweden. Her second novel, The Polyglot Lovers, won Sweden's biggest domestic literary prize, the August Prize, and the Svenska Dagbladet Prize. Saskia Vogel is an author and translator from Los Angeles, now living in Berlin. Permission, her debut novel, will be published in English, Spanish, French and Swedish in 2019. She has translated leading Swedish authors such as Karolina Ramqvist, Katrine Marcal, and Lena Andersson. Her translations and writing have appeared in publications such as Granta, Guernica, The White Review, The Offing, Paris Review Daily, and The Quietus.