Before You Let the Sun In: And Other Dramatherapeutic Stories 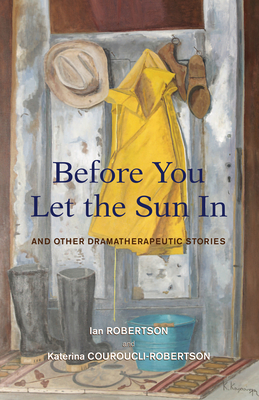 Before You Let the Sun In: And Other Dramatherapeutic Stories

This book consists of ten case histories that cover a wide range of themes from obesity to depression. One woman is trying to come to grips with past memories, another cannot escape from a passionate love with no future, an adolescent immigrant is trying to overcome a persistent stammer, a fifty-year-old man decides to separate from the love of his life rather than compromise with his principles. Writing in the first person, the dramatherapist describes her reactions to and interaction with the client as well as some of the techniques used in the therapeutic process. The stories are based on real cases, but in order to conform to the story-telling genre they contain a beginning, middle and end, which is not always the case in real life.

Ian Robertson is a graduate of Trinity College Dublin, where he studied French and Spanish Language and Literature, and holds an MA in Creative Writing from Lancaster University. He lives in Greece, where he works as a teacher, actor, translator and writer. He has written a number of English Language Teaching books as well as novels, short stories and poems. Recently, he co-authored Before You Let the Sun In, which was published in Greek by Nefeli Athens.