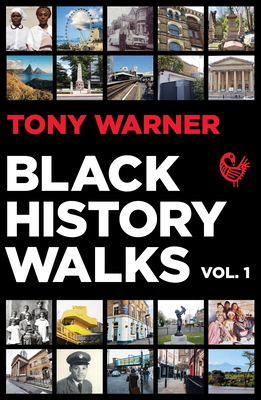 From Southwark to Westminster, Black History Walks takes you through historical sites, highlighting the embedded history of Black Britons around the city of London and its fundamental links to Africa.

In this guide, you'll get:

Black History Walks is an essential read for anyone wishing to understand the history and culture of one of the oldest and most influential metropolises in the world.

Tony Warner is a management consultant specialising in diversity. He spent several years running workshops on institutional racism. He has held diversity workshops for a number of clients including with Transport for London, Cable and Wireless, Financial Times and the Museum of London. He has created community partnerships with, and has lectured at, The Imperial War Museum, National Portrait Gallery, Museum of Docklands and the British Film Institute which have all led to huge increases in minority ethnic audiences. He specialises in regularly exhibiting African/Caribbean films with positive images such as Lovers Rock, Coming to England, Jumping the Broom and the Great Debaters. He founded black history walking tours in the St Pauls, Trafalgar Square, Notting Hill, Soho and Elephant and Castle areas in 2007. The walks are designed to uncover the 3,500 years of Black history in London and are popular with locals and overseas students. He has been featured on BBC, CNN, Arise TV, Press TV, ITV, Chanel 4, The Guardian and written and presented documentaries for Teachers TV.