Canon Played the Great Fort: Sieges in the Severn Valley During the English Civil War 1642-1646 (Century of the Soldier) 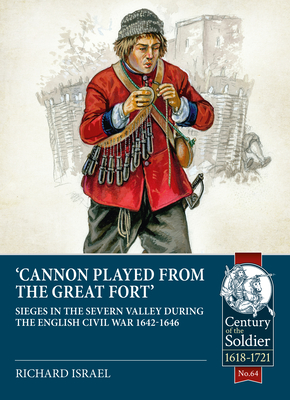 Canon Played the Great Fort: Sieges in the Severn Valley During the English Civil War 1642-1646 (Century of the Soldier)

The battlefields of Edgehill, Newbury, and Marston Moor are superlatives with the middle of the 17th-century conflict known as the English Civil War, and while their importance to the conflict is undeniable, they detract from the power struggle that occurred between the Royalists and Parliamentarians in the towns and cities throughout the land. This power struggle culminated in the construction of siege batteries and fortifications. Focusing on the Severn Valley region of England, this book examines, through archaeological, topographic, cartographic and historical research, the sieges of Bristol, Gloucester, Worcester, Bridgnorth, and Shrewsbury, demonstrating how siege techniques and this style of warfare impacted on the outcome of the conflict that set brother against brother and father against son.