The English Garrison of Tangier: Charles II's Colonial Venture in the Mediterranean, 1661-1684 (Century of the Soldier) 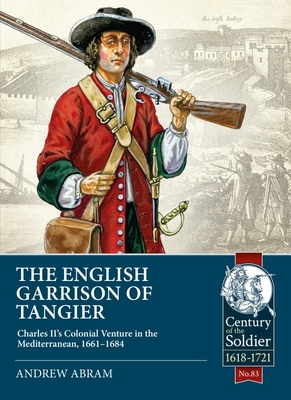 The English Garrison of Tangier: Charles II's Colonial Venture in the Mediterranean, 1661-1684 (Century of the Soldier)

Based on primary archival research and published sources, the proposed work represents a focused, and modern assessment of the raising, equipping and composition of the standing army of Charles II, and the role played by the garrison of Tangier between 1661 and 1684. When Charles landed in Dover in 1660 he inherited two regular armies, both owing him allegiance - the New Model (by then regular or standing army) in England under Monck; and the force of exiled royalists in Flanders and the garrison of Dunkirk. Neither army was in particularly rude health, being much in arrears of pay, and although the former remained on paper an effective power, its morale was broken by the events leading to the Restoration. The latter (Charles II's 'forgotten army'), was a body of Irish, Scottish and English soldiers in exile, fighting with the Spanish, and habituated to periods of hardship and privation. The acquisition of the Moroccan city of Tangier via the marriage agreement between Charles II and Catherine of Braganza, daughter of John IV of Portugal, in May 1661 brought about a period of English occupation, which lasted until 1684. England garrisoned and fortified the city against hostile Barbary forces.

The English Garrison of Tangier examines in detail the raising, equipping and composition of Charles II's army, with particular emphasis on the occupation and siege of Tangier, during a period regarded today by some historians as one of the emergence of 'British colonialism' and trade, but also within the wider military, political and strategic context of expansionism and warfare in Europe and beyond. As such, the book not only adds significantly to our knowledge of the army of Charles II and the campaign in Tangier, but will appeal to anyone with an interest in the wars of the mid and late seventeenth century, and European expansionism in a wider context, including academics, local historians, re-enactors and wargamers.