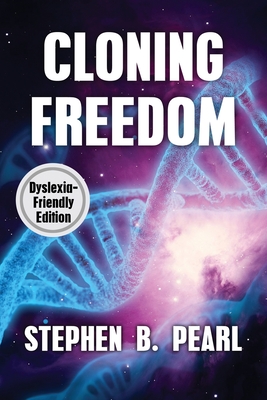 In the early 21st century, Rowan is fighting a secret war against alien pirates bent on subjugating all of mankind.

At least, that's what she thinks. In reality, it's a thousand years later, Earth has long been part of an interstellar and interspecies republic, and she's a character on Angel Black, an e-entertainment that allows viewers a complete sensory experience through her perspective. Who needs actors when you can clone famous performers and splice in some alien DNA? Since studio clones have no rights, their lives and experiences can be tailor-made for the program.

It's just too bad the clones don't know that.

Ryan Chandler was a decorated war hero until he was cloned to save his life. His career options died with his original body and the best job he can get is a technician on Angel Black. He's planning to escape to a newly colonized system when Rowan is scheduled to be killed off.

With help from unexpected allies, Ryan stages Rowan's rescue, but getting her off the set is only the beginning. To succeed, they must evade a manhunt supported by the state that fears Rowan's liberation might be the triggering event of a clone rights movement that could cost the establishment billions and shake the foundations of human society.

Can two clones find their freedom in a society that treats them as second-class citizens?

This edition of the book has been formatted to be easier for adults who live with dyslexia to read. Includes greater line and character spacing, non-justified text, and bold type instead of italics for emphasis.