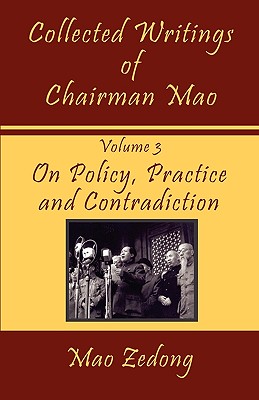 Mao Zedong (also known as Mao Tse-tung) is regarded as one of the most controversial figures in modern world history. Having conquered the country, he ruled the People's Republic of China from its establishment as a Communist state in 1949 until the time of his death in 1976. Brilliant and ruthless, his legacy includes guerrilla warfare tactics, violent cultural revolutions, and enduring Communist propaganda. He was named one of the 100 most influential figures of the 20th century by Time Magazine.

Eric Margolis of the Huffington Post writes of Chairman Mao: "Mao was an accomplished poet, writer and historian, a profound thinker, and a superb military strategist. He crushed the US-backed Nationalist's 4.3-million strong armies in a series of titanic battles, forcing his rival, Chiang Kai-shek, to flee to Taiwan... The Great Helmsman united fractured, war-torn China, restoring its pride and self-confidence after two centuries of humiliation. Mao thwarted both Soviet and U.S. efforts to turn China into a client state, and built up China's military power... Mao's aides dared not tell him millions were starving. Red Emperor Mao was prodigal with his people's lives, and, according to aides who were close to him, was shockingly indifferent to their suffering. Mao horrified even brutal Soviet leaders by saying he was prepared to lose half his people to emerge victorious from a nuclear war..." The third volume in this special collection contains five important lectures and essays by Chairman Mao: *Part 1 - On Policy
*Part 2 - On Practice
*Part 3 - On Contradiction
*Part 4 - On New Democracy
*Part 5 - On the Correct Handling of Contradictions among the People
Excerpt from Collected Writings of Chairman Mao - On Policy, Practice and Contradiction by Mao Zedong
Reprinted by permission. All rights reserved. Above all, Marxists regard man's activity in production as the most fundamental practical activity, the determinant of all his other activities. Man's knowledge depends mainly on his activity in material production, through which he comes gradually to understand the phenomena, the properties and the laws of nature, and the relations between himself and nature; and through his activity in production he also gradually comes to understand, in varying degrees, certain relations that exist between man and man. None of this knowledge can be acquired apart from activity in production. In a classless society every person, as a member of society, joins in common effort with the other members, enters into definite relations of production with them and engages in production to meet man's material needs. In all class societies, the members of the different social classes also enter, in different ways, into definite relations of production and engage in production to meet their material needs. This is the primary source from which human knowledge develops.