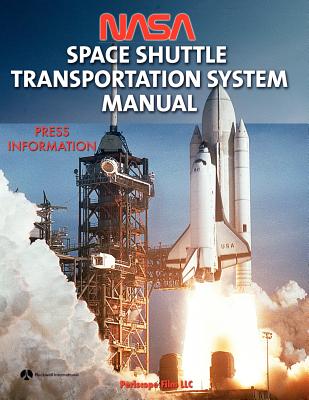 By  NASA , Rockwell International
$ 39.95
Out of Stock In Store (Available to Order)

The Space Shuttle Transportation System Manual provides a highly detailed overview of the components that made up the Space Shuttle program. Created in 1984 for NASA by prime contractor Rockwell International, this book was intended as a highly readable, easy-to-understand reference for members of the press and corporate clients. The 600+ page text features hundreds of technical diagrams and photographs, an overview of the Shuttle program, and detailed sections on spacecraft structures, spacecraft systems and payloads. Spacecraft structures chapters includes information about the orbiter, propulsion systems, external boosters, external tank and payload deployment. Spacecraft systems chapters include discussions of the thermal protection system, orbital maneuvering system, reaction control system, electrical power and life support systems, communications, avionics, landing gear and more. Additional chapters provide background concerning the development and testing of the shuttles, and payloads such as Spacelab, the Payload Assist Module and Space Telescope. Despite the tragedies that resulted in the loss of two of the spacecraft, the Space Shuttle program was a highly successful one that facilitated the construction of the International Space Station, deployment and service of the Hubble Space Telescope, and produced many other significant milestones. This book sheds light in particular into the first few years of the spacecraft's spectacular three decade service life (1981-2011) and lays out many goals for the STS, many of which were fulfilled and some which were not. A highly complete, detailed look inside the spacecraft, how it was designed, built and operated, this book remains one of the best Space Shuttle references available, and one no space flight enthusiast should be without.