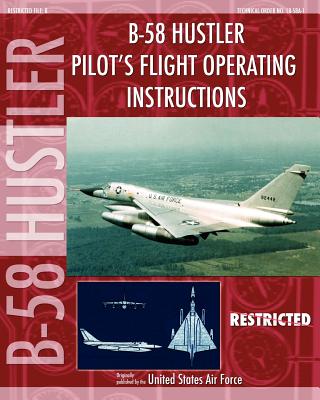 By  United States Air Force
$ 39.95
Out of Stock In Store (Available to Order)

The USAF's first jet-powered bomber capable of reaching Mach 2.0, the Convair B-58 Hustler carried a crew of three and a nuclear payload. A complex aircraft, the B-58 suffered teething problems during development and became infamous for its maintenance requirements. It also compiled a dubious safety record: out of 116 Hustlers, 26 were lost in accidents. Nevertheless, the B-58's career spanned nearly a decade between 1960-70. It might have continued even longer, but Secretary of Defense Robert McNamara believed the aircraft, which was designed for high-speed, high-altitude tactical approach, was vulnerable to air-to-air missile attack. Its replacement the F-111A Aardvark would be designed to perform a low approach attack. Originally printed by the U.S. Air Force, this B-58A flight operating manual taught pilots everything they needed to know before entering the cockpit. Originally classified "Restricted", this manual was declassified long ago and is here reprinted in book form.