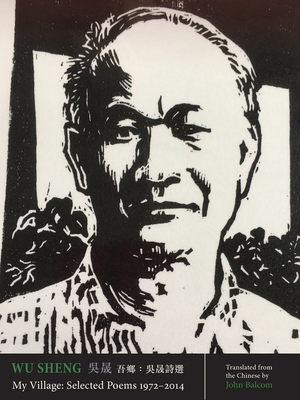 By  Wu Sheng , Commentaries by  John Balcom , Translator  John Balcom
$ 17.00
Out of Stock In Store

Wu Sheng has written vivid poems about rural life and the land since the 1960s, when he became one of Taiwan's most popular poets. His poems are rooted in the soil, embued with an unshakable affinity for the people who till it, sweat over it, and eventually are buried in it, and serve as his personal response to the industrialization, urbanization and globalization of his vanishing world.

John Balcom, PhD., is a translator of Chinese literature, whose previous books for Zephyr Press include Abyss, by Ya Hsien (a finalist for the PEN Poetry in Translation Award), Grass Roots, by Xiang Yang, and Driftwood and Stone Cell, both by Lo Fu. Other recent publications include Frontier Taiwan: An Anthology of Modern Chinese Poetry (contributor), Wintry Night by Li Qiao (co-translator), The City Trilogy by Chang His-kuo, There's Nothing I Can Do When I think of You Late at Night, by Cao Naiqian, and Taiwan's Indigenous Writers: An Anthology of Stories, Essays, and Poems, the last two of which won Northern California Book Awards. He teaches at the Monterey Institute of International Studies.